E-commerce today is very common — and most people can’t imagine a business launching without a web page or an app. But when it comes to AR, some people may view it as a bit goofy gizmo or a gimmick for games like Pokémon Go.

So, what does AR offer for e-shops? Simply put, it adds a layer of virtuality applied to real-world objects. It helps customers make the right choices when selecting products via nifty visual presentations.

When it comes to applying AR to real business, IKEA was the first big pioneer. In 2014, IKEA allowed shoppers the ability to move catalog objects inside real rooms to decide whether those objects fit or not. In fact, the concept hasn’t changed much, it’s just that other vendors have now grabbed onto the idea and applied it to their needs as well.

This technology has made significant strides regarding market penetration and is no longer a gimmick. Seeing steady growth until recently, AR saw a big spike in popularity after Google introduced its solutions for Search and Maps, exposing AR to a wider audience.

Gathering the best practices from across the industry, ABCloudz replicates well-polished AR solutions for online marketplaces. With all the modern iPhones and mid-tier Android devices supporting AR, we aim for the widest audience and make sure our apps run smoothly.

ABCloudz produces unique algorithms that analyze surfaces and apply 3D objects to them, and the scope is only limited by the catalog volume. Everything you come across in an online shop, we can transform into an AR-enhanced solution:

We take care of the following steps:

As a result, users receive objects that can be zoomed, dragged, turned, and rotated up to 90 degrees. We also enable sound features to make it a realistic experience when users impose AR objects on a real-life environment.

By utilizing Apple ARKit 3 and ARCore, we provide iOS development as well as Android development powered by AR technologies.

From a technological angle, everything starts at the entry point. Generally, it’s the AVFoundation framework that helps us process a QR code. It also captures a live picture from a camera that will be used during the last stage of the AR overlay production. The AFNetworking library refines QR data and enables the creation of a file that the system converts to OBJ. Once the system receives an OBJ-file, the MDLAsset container will produce a 3D image. Then, the SceneKit framework is responsible for creating a 3D scene that will be impacted by on-screen gestures and the live picture from the camera to produce a top-quality AR video overlay.

When it comes to Android devices, mobile AR development is the same but with different tools. We use ARCore as the main platform and enable a multitude of features by refining the entered data from a camera. Motion tracking captures the phone’s position relative to the world, environmental understanding defines all sorts of surfaces: tables, walls, horizontal/vertical orientation, angles, etc. Light estimation evaluates lighting conditions derived from the environment. To render realistic 3D scenes, we use Sceneform SDK and its high-level graphical API to enable complex physics on the screen.

AR in mobile apps isn’t a novelty, rather it’s a good business choice for a competitive company. It’s also a great way to increase conversion rates — potential customers get to test products and choose what really fits them. AR works as a sort of a wardrobe and greatly reduces refund rates for all sorts of products. We have also prepared a list of technologies that are poised to become new revenue streams in 2020.

Do you want to know the development cost for an AR product, contact us and transform your project into a lovely journey for your customers? Just as e-commerce became a logical move for retail stores, AR-powered marketplaces are yet another step in the right direction. 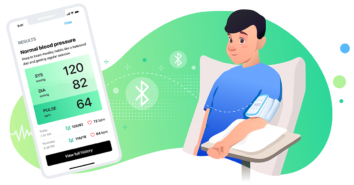 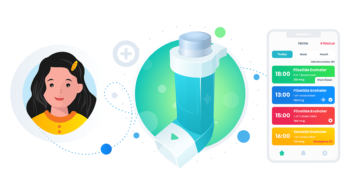 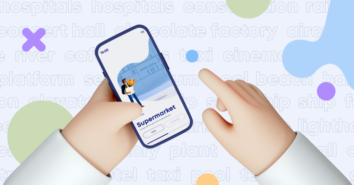 Contact ABCloudz today to speak to your new Account Manager.
After a short meeting, you’ll soon have the blueprints for your
app in your hand. The rest, is up to us.